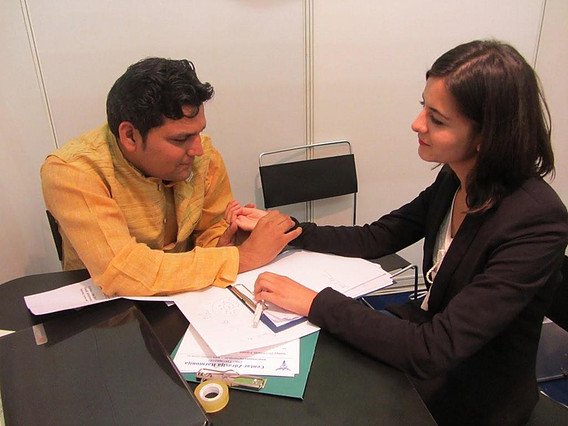 Pulse Diagnostics is an ancient art and science of discovery of the current state of the body, mind, and soul of an individual. It informs about the condition of doshas, body functions, the health of the srotas or microcirculatory channels. It provides information on the condition of doshas, body functions, and the health of shrotas (microcirculation channels). It is done with three fingers, representing three biological forces – Vata, Pitta, and Kapha.

In the surface pulse, each finger can gather information about specific dosha. Deep pulsation reveals genetic information and shows how people are unique and how they differ in their body constitution or prakriti.

There are seven basic body types according to Ayurveda. Vata, Pitta, Kapha, Vata-pitta, Pitta-kapha, Kapha-vata, Vata-pitta-kapha. Every individual’s constitution has its own balance of Vata – Pitta – Kapha. The balance of VPK is the natural order.

Dr. Adwait Tripathi comes to Poreč, Croatia, regularly since 2013. He comes twice a year – in springtime and autumn. Pulse diagnostic last 45 minutes, and is consists of talk and examination of pulse, or darshan parkistan over skype. Whether you want to consult Dr.Adwait in person, or You wish to book an appointment for consultation via skype, please first send an email and make an appointment.

What is Darshan Parkistan?

Darshan Parikstan is a long-distance diagnostic. Persons who are unable to come to India or Poreč can have a consultation with Vaidya Dr. Adwait Tripahi via skype. This type of diagnostic is called darshan parikshan. A doctor can make a diagnosis just by looking at a person and with her about her history of diseases, instead of examining pulse.

Who is Vaidya Dr. Adwait Tripathi? 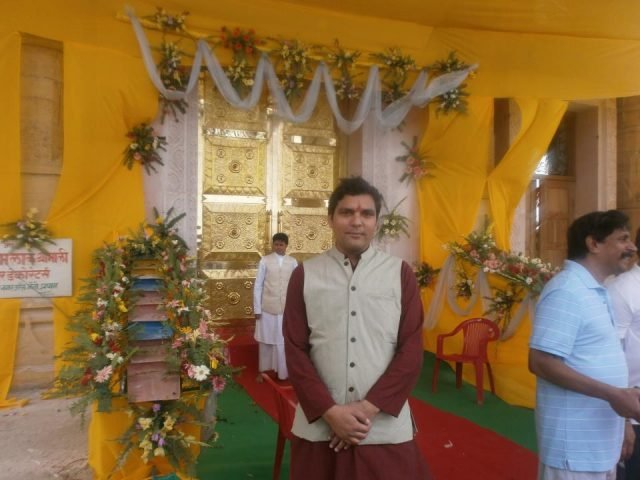 Vaidya dr. Adwait Tripathi belongs to a highly Brahmin family which comes from the traditional lineage of ayurvedic doctors. The ayurvedic history of his family is legendary.

From the age of 4 years to the age of 10 years, he spent his childhood with the blessings of Maharishi Mahesh Yogi Ji.

He completed the education as a Vedic student at Maharishi Vidya Mandir School where he learned yoga, meditation, and siddhi.

After that, he was admitted to the Ayurveda College in Muzzaffarpur Bihar, from 2002 to 2009, where he completed full education in the field of Ayurveda.

His grandfather’s – father, name Pandit lallu lal Sharma, was great jyotishi (astrologer) and vaidya; during the time in bundela empire, he has been rewarded as Rajya jyotishi and vaidya (Jyotish and Ayurveda were the foundation and linage of his family). He has been very famous as jyotishi and vaidya there at that time.

Then his grandfather, name Pandit Rudrapratap Sharma (Tripathi) was active and great jyotishi and vaidya, who had open many schools in the back word remote area and done much huge social work and had open recognized own ayurveda college in 1970s. He had done huge great work for society and poor people and had successfully running a school of 1.200 students. He had given a donation to the Indian government for opening school (name of the school is Akhand Vidyalaya); today it is the best school of Adwait’s birth town Kabrai (Mahoba), and his grandfather is the founder of that school, where, with great respect, still his pictures are in the school office.

Along with it many poor children he adopted and provided them schooling, and they became successful judges and layers in India. During the 1980s to the invitation of Maharishi Mahesh Yogi Ji Adwaut’s grandfather moved to Noida Maharishi Nagar where he was appointed as senior vaidya and he got the responsibility of ras shala (for preparation of medicines and rasayanas in ayurveda) where he has been introduced to Triguna Ji, and they have done successful work over there. 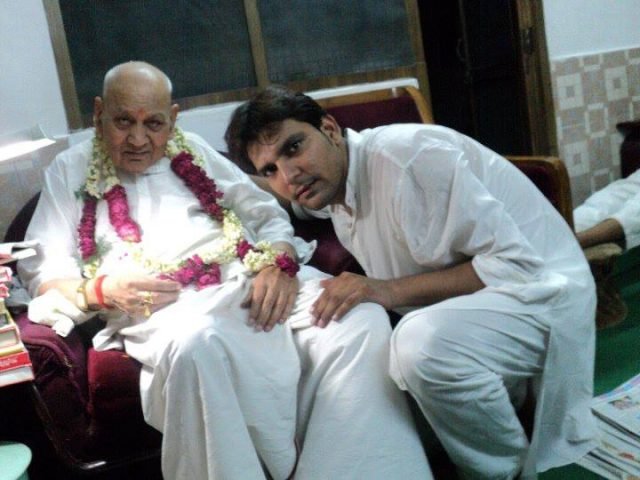 After 5 years he has been invited Adwait’s father vaidya Achyut Kumar Tripathi at his young age, who has a very bold and honest nature. Maharishi Mahesh Yogi ji personally was giving him responsibility as administrative officer to see and take and organize camp, vaidya trainings, maharishi product trainings, pulse diagnose trainings, appoint of vaidyas to various health centers in the world, so all those vaidya people from India to various part of world during 1985 to 2000 were sent and appointed by channel of Adwait’s father during his work.

Then he got the responsibility as an editor while writing the book of Triguna Ji’s biography, which was inaugurated by the President of India. During the time of the book editing, he spent much time with Triguna Ji and received much of Triguna Ji’s knowledge and work experiences, and during that time they become very close to each other. In that period Triguna Ji suggested Adwait’s father give little time to the Indian government, so his father provided entrance in rastriya vidya petha (branch of ayurveda in the Indian government) and it was a blessing of Triguna Ji. That step gave milestone to Adwait’s father after what he was not limited only to Maharishi Nagar, he came in Indian level and from that moment until today Adwait and his father and their work are blessed from Triguna ji, who was like Adwait’s grandfather – Adwait raised up with him.

Today Adwait’s father is one of 15 vaidyas across India who had given their lives for service of Ayurveda, governing body member of rav.

You can see in the link below about 15 vaidyas in India, (an official website about Indian government institution for Ayurveda) where you can see Adwait’s father name: http://ravdelhi.nic.in/index1.asp?linkid=348&langid=1

Adwait Tripathi is specialized in darshan pariskhan, long-distance healing. He guides about the best treatment in Ayurveda along with diet, yoga, and pancha karma. He offers to his patient’s many health yagyas as a great cure.

Many people across the world visit him to have pulse diagnostic or study Ayurveda.

Today Adwait is running his own clinic Arogya Sadnam, along with his father, in Noida – India, and also doing much work all over Europe and the whole world.

Twice a year he is visiting Poreč, Croatia in the organization of Conny Petö Đeneš.