The atlantooccipital joint allows the head to nod up and down 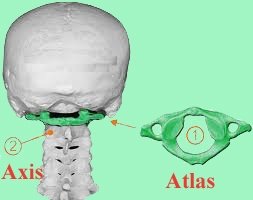 The spine (lat. Columna vertebralis) is our main bone support of the body, which connects the bones of the head, body, and limb. It is necessary for body posture, spinal cord protection, head and body support, and movement of the body in general. It consists of 33-34 vertebrae and of which:

They are separated from each other by intervertebral discs. 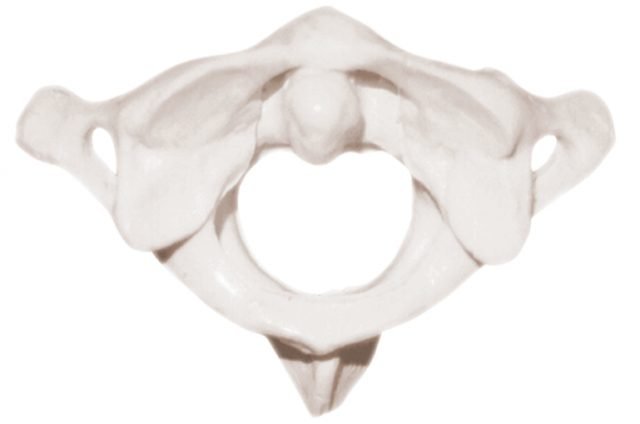 The atlas is the topmost vertebra and the axis forms the joint connecting the skull and spine. The atlas and axis are specialized to allow a greater range of motion than normal vertebrae. They are responsible for the nodding and rotation movements of the head.

The atlantooccipital joint allows the head to nod up and down on the vertebral column. The dens act as a pivot that allows the atlas and attached head to rotate on the axis, side to side.

The atlas’s chief peculiarity is that it has nobody. It is ring-like and consists of an anterior and a posterior arch and two lateral masses.

The atlas and axis are important neurologically because the brain stem extends down to the axis.

It is named for the Atlas of Greek mythology because it supports the globe of the head which is the skull.